Every year on the Saturday before Thanksgiving, more than a thousand runners line up at 6:30am on the main street of Boonsboro, Maryland to run our nation’s oldest ultramarathon, the JFK 50 Mile. When you’ve run a race multiple times, it opens the door for a range of experiences. The Sundog coaches have had their share, having both shed tears of joy and sadness on this course. Ian has finished as high as 2nd place, and Emily and Eric have both stood atop the podium as winners. Ian has finished JFK 23 times and has brought a lot of folks along for the ride, many of them eventual winners and top 10 finishers of the event.

This year was no different. While I wasn’t able to race this year, Eric and Ian toed the line. Little known fact about JFK: There are team competitions. You can bet your race shoes that Ian almost always cooks up a team of note, including assembling the event’s record setting team in 2016 consisting of, along with himself, Jim Walmsley, Mike Wardian, Jim Sweeny and Hal Koerner.

It’s always an honor to be a part of JFK. Here’s our recap of the 57th annual JFK 50 Mile. 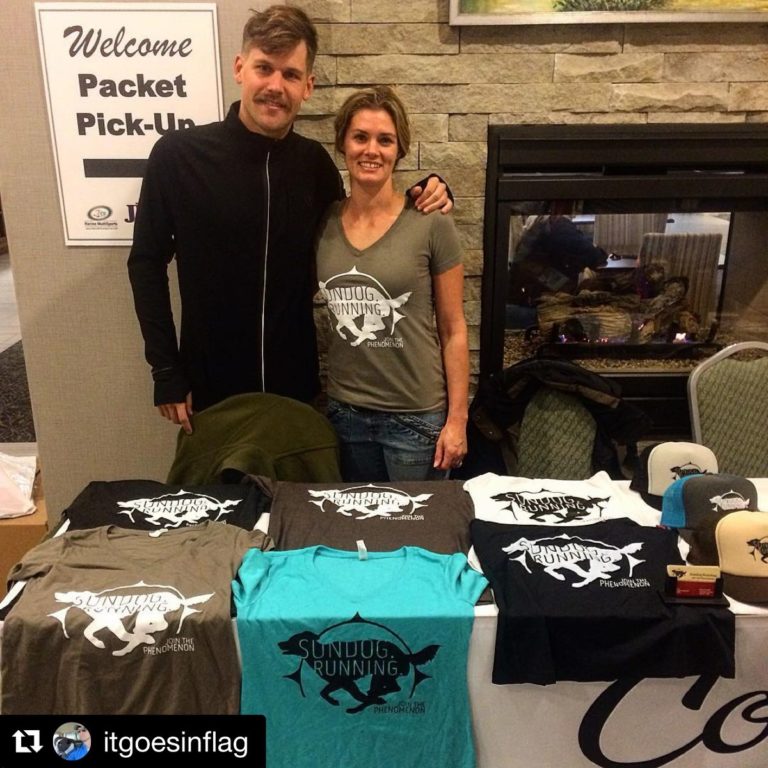 If you ever want to spend an hour or two in a room full of inspiring people who know JFK in and out, I encourage you to attend the Legend’s Dinner on Friday evening. Not only will you hear funny stories and stats galore from Race Director Mike Spinnler, but you may also share a table with the oldest finisher of the JFK 50 Mile, Tony Cerminaro, or the female runner with the most women’s finishes and victories, Carolyn Showalter.

Each year, Mike invites a guest speaker to the dinner. This year’s guest speaker was veteran Adam Popp, who was critically injured in Afghanistan. He finished JFK last year and, undeterred by the snowy, wet conditions, he secured finish number two this year. 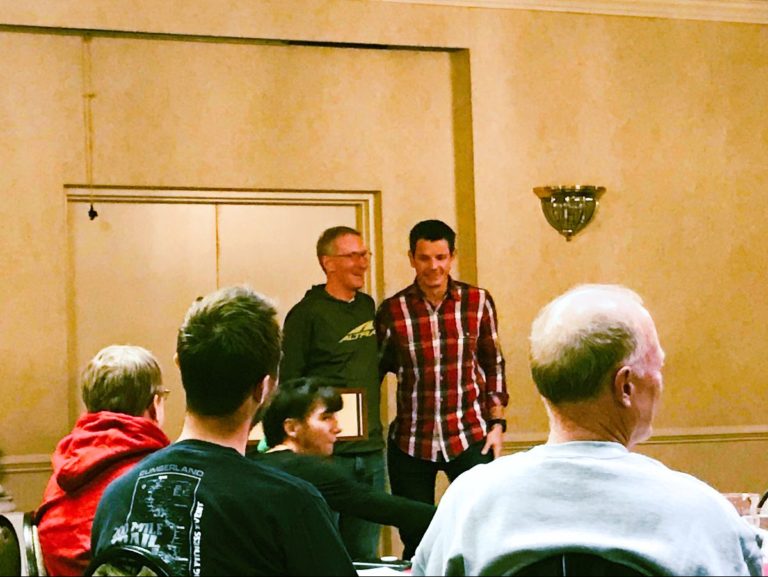 Adam Popp with Race Director Mike Spinnler after speaking at the Legend’s Dinner. 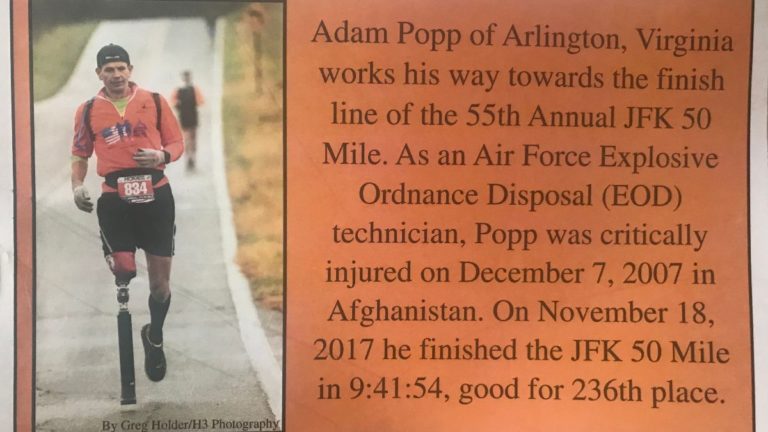 Last year, Eric captured his first JFK win. He was back in 2018 to defend his title. However, Eric called it a day at mile 38 after flipping leads with Zach Miller and, eventual winner and fellow Coconino Cowboy, Jared Hazen. Here’s Eric’s recap of his 2018 JFK 50 Mile.

Ian secured his 23rd finish and, once again, put together a winning team. The photos tell the story, but note bib #23. No, this wasn’t an accident by race management! Special thanks to my parents, Cheryl & David Harrison, for helping me crew Ian and for babysitting our four crazy pups. 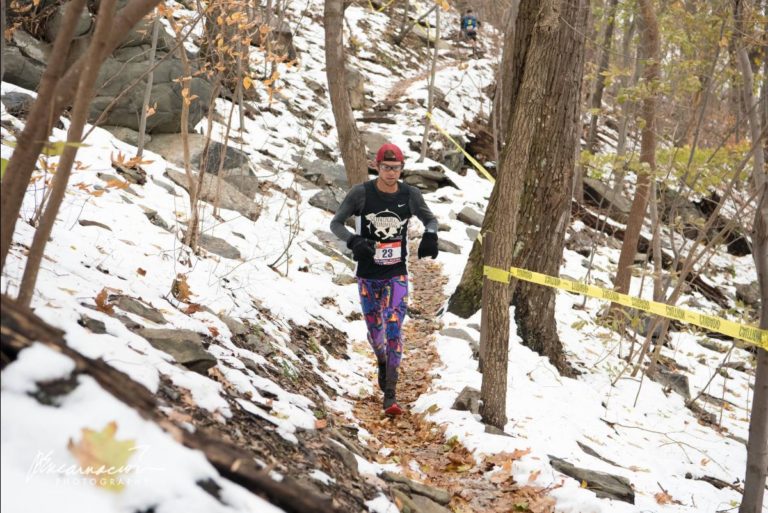 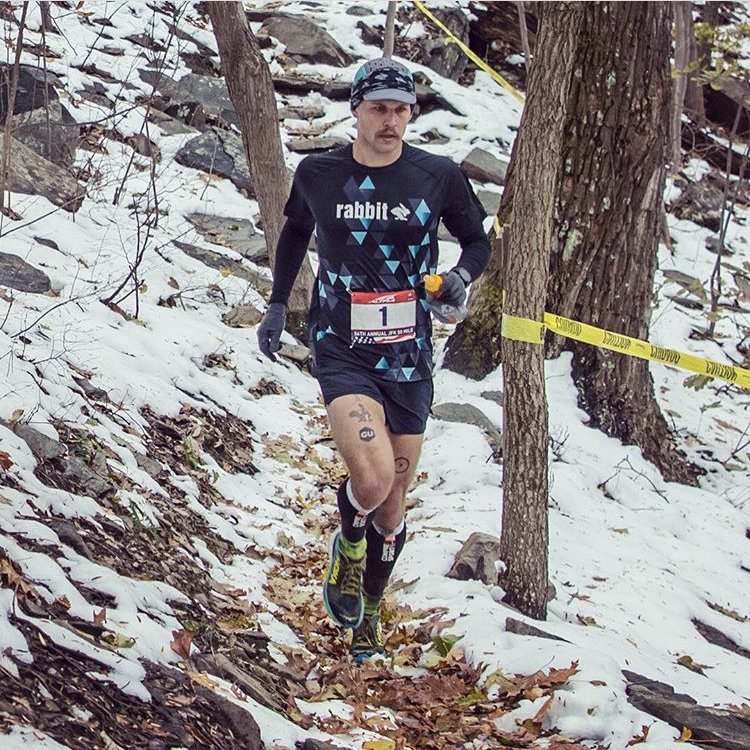 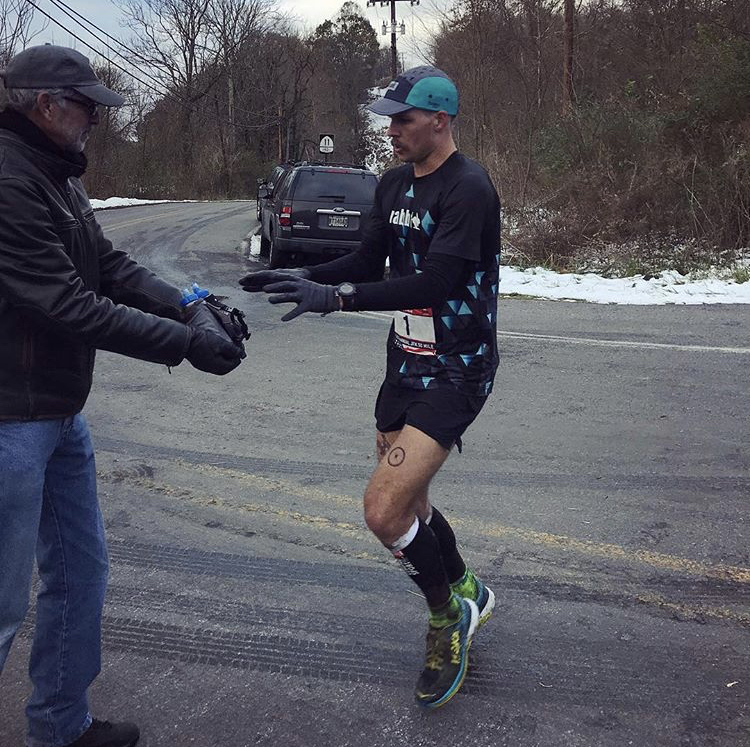 Eric leads JFK 50 coming off the Appalachian Trail and grabs a fresh bottle from his Dad.
Photo credit Jacky Cooney. 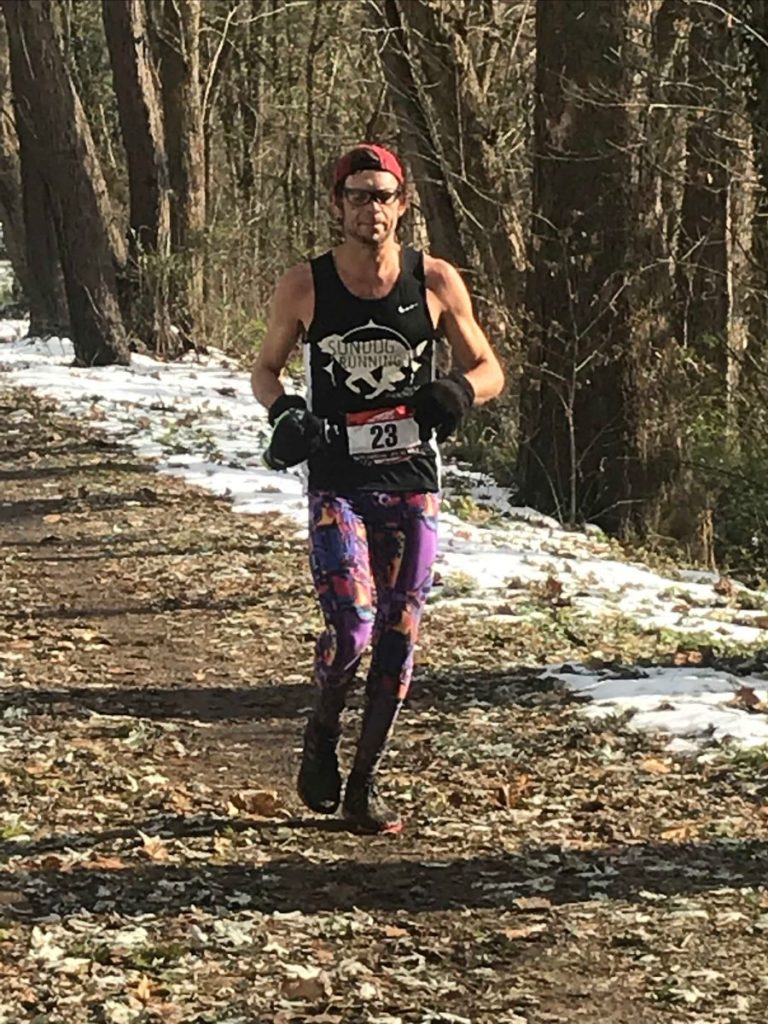 Ian cruising down the C&O Canal. 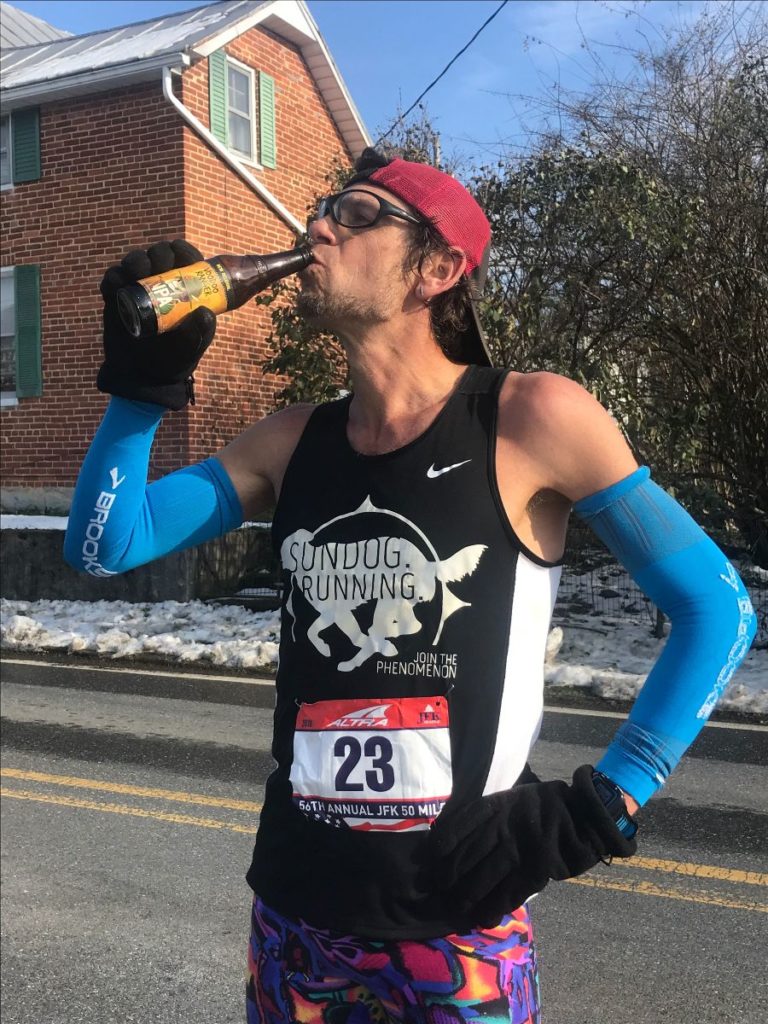 Enjoying a beer at mile 46 before making the final push 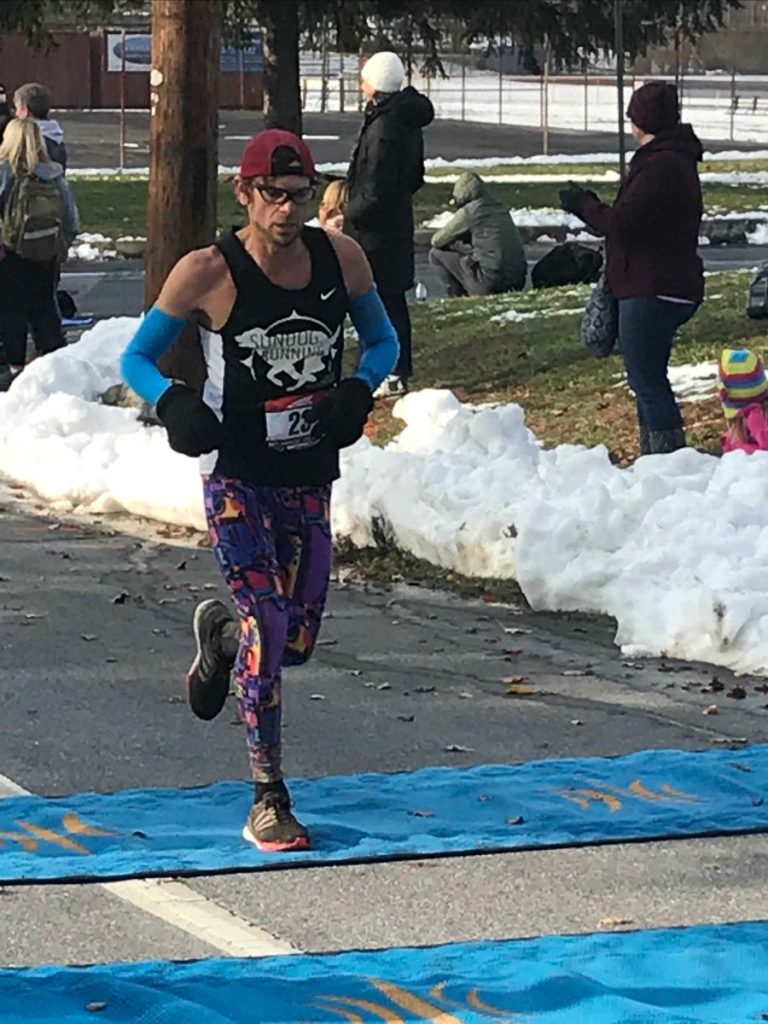 the final push to the finish #23 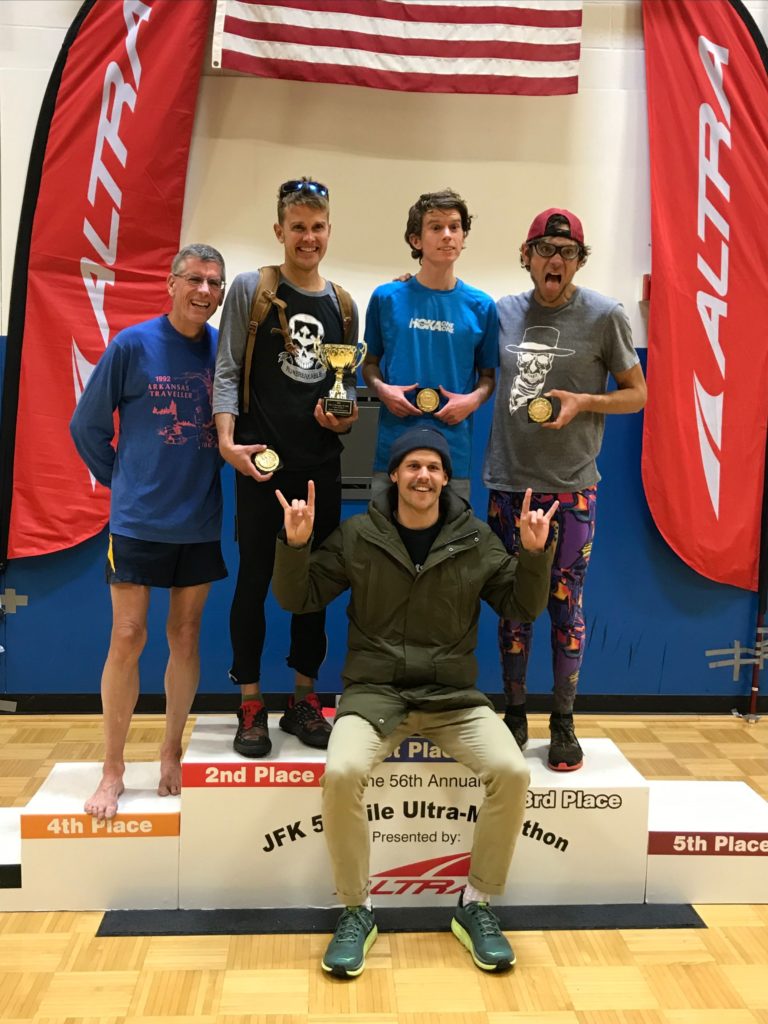 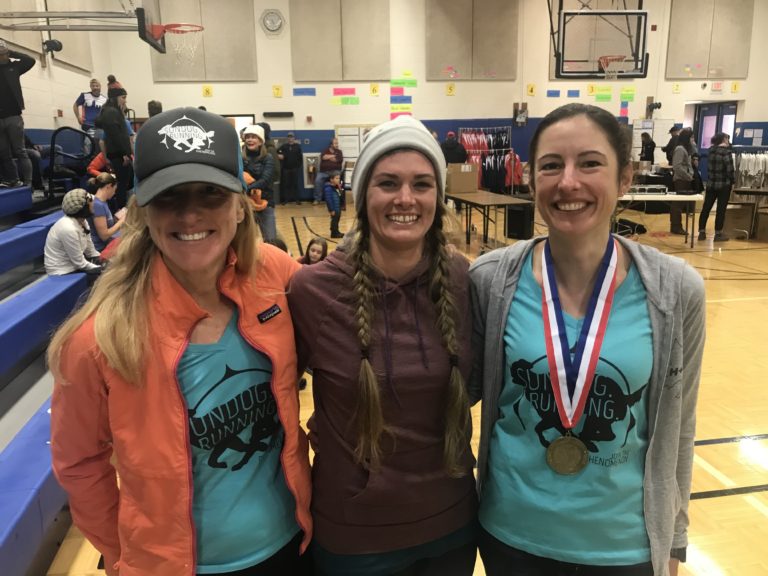 We had several other athletes complete JFK, many as their first 50 mile.

Congratulations to these athletes as well as all the 2018 JFK 50 Mile finishers!

Your Moment of Zen 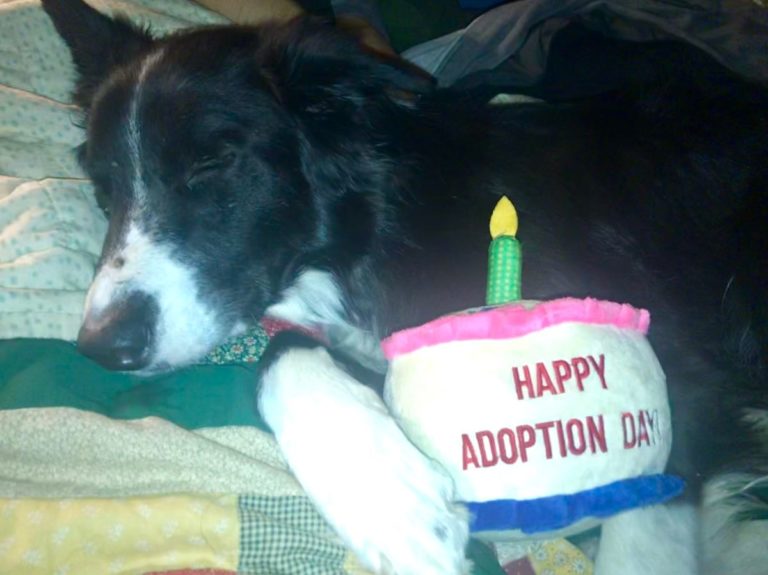 Welcome to the family, Quill! Earlier this month, we officially foster failed and adopted Quill from Arizona Border Collie Rescue.